OCRA turned to Relevance Advisors with the goal of taking full advantage of the “free” online advertising monies available to the charity. Although the OCRA team had successfully secured a Google AdWords Grant, staff members had neither the specialized knowledge, nor the time, to manage the program effectively, and were utilizing less than one percent (1%) of the allotted maximum monthly budget. 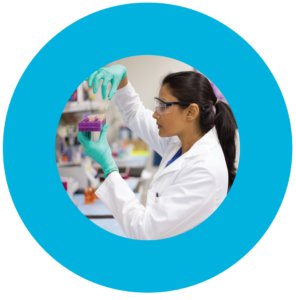 Relevance Advisors immediately recognized the need to increase the scope of OCRA’s AdWords campaigns and website content. Rather than targeting merely the obvious — ovarian cancer — Relevance Advisors created multiple campaigns around related topics. From symptoms to stages to other types of women’s cancers, keyword analysis indicated that website visitors were hungry for information on many subjects.

Many people search for information related to the colors of cancer awareness ribbons. Rather than simply list teal as the color of ovarian cancer awareness, the OCRA website provides information on the generally agreed upon colors for ribbons representing more than two dozen cancers. Likewise, as a public service, OCRA provides overview information on other types of gynecologic cancer and directs visitors to their respective foundations.

Additionally, as OCRA’s calendar of events changes, so do campaigns. Whether it’s Super Saturday, an Ovarian Cycle spinning event, the Legends Gala, or a tennis tournament, specific, geo-targeted campaigns drive traffic and, ultimately, donations to the site. 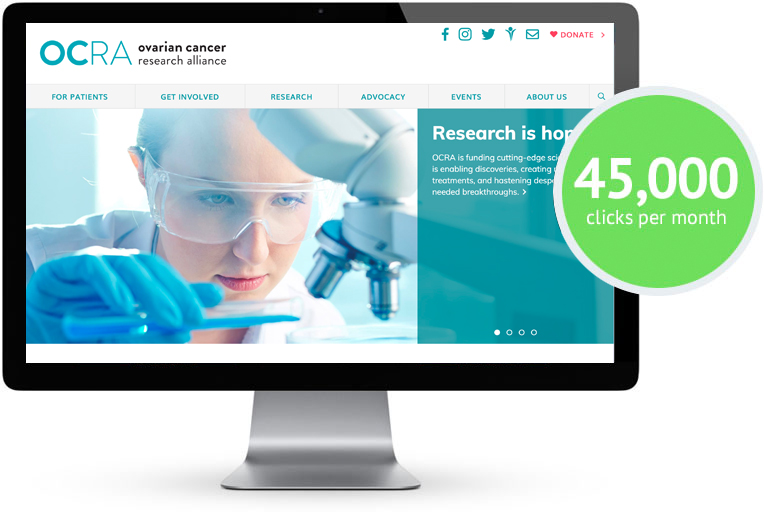 Relevance Advisors was able to demonstrate such strong ad value, that OCRA qualified for Google Grants Pro, enabling the organization to benefit from up to $40,000 per month in free ad value.

Thanks to strategic AdWords campaigns, Relevance Advisors has been able to provide more than $3 million in ad value to Ovarian Cancer Research Alliance, and help in increasing web traffic.

Audra Moran, CEO, Ovarian Cancer Research Alliance says: “At Ovarian Cancer Research Alliance (OCRA), we strive for impressive numbers. For example, over the last 5 years our annual revenues have increased by 35% and our grant applications have increased 160% with 87% of every dollar raised supporting our programs. Thankfully, Relevance Advisors turned our less-than-impressive $80 AdWords value into $40,000 of value per month.  A 5,000% increase in less than two years—now those are the kinds of numbers our organization likes to see!”